Investigation of genome-wide patterns of DNA methylation in LAM – University of Otago, NZ (funded in 2019)

You have enabled our team to establish new scientific workflows to investigate genome-wide patterns of DNA methylation in LAM.

To our knowledge, this will be the most in-depth analysis of these patterns in LAM. We have recently optimised the Illumina 850K MethylationEPIC array protocol to analyse formalin fixed paraffin embedded LAM samples.

We are excited to continue this work, and hope to use DNA methylation profiling to determine the cell type giving rise to LAM, which may reveal new targeted treatment options.

The main aim of this project is to generate a genome-wide DNA methylation profile of the LAM cell to identify its cell of origin. 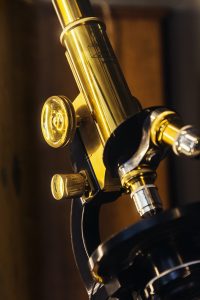 DNA methylation is an epigenetic, or chemical, modification to the genome that regulates the expression of genes.

Our goal in this project is to investigate the DNA methylation profile of LAM cells in order to establish the tissue (cell type) from which the LAM cell is derived.

Lymphangioleiomyomatosis (LAM) is a rare disorder that affects women, especially during their reproductive age, by progressively destroying the lungs leading to complete incapacitation.

There have been very few effective therapies available yet, with the highly invasive lung transplantation being the only option available as a possible cure. Although drug treatment are available, they are moderately effective or have variable outcomes and their possible long-term side effects in patients are still unknown. This in part is because many aspects of the underlying pathogenesis remains a mystery and needs urgent deciphering.

Interestingly, cells in LAM patients share identical morphological and cellular signatures to other fibrotic disorders such as idiopathic pulmonary fibrosis (IPF), small airway disease (SAD) in smokers and lung cancer. Our experience in these diseases would suggest that epithelial cells could be the possible source of LAM cells.

Here, we wish to investigate new paradigm that will take into account some unique features of LAM, which includes the source of cellular heterogeneity, epithelial transformation capabilities and their potential metastasizing factors. We further also hope to develop in-vitro cell culture models with LAM cells that will serve as a useful tool for further investigations into disease pathogenesis and the development of possible new therapeutic targets.

Project Goal:The goal is to develop a non-invasive test to aid disease diagnosis and to predict disease progression in order to optimise treatment management in LAM patients.

Aim 1: Identify and validate a panel of biomarkers able to discriminate LAM patients from healthy controls and patients with other lung conditions.

We will develop the most effective biomarker panel, and determine the protein- miRNA panel that has the highest potential to discriminate LAM patients from other lung conditions. This will involve measuring the expression of both the previously identified proteins and miRNA levels in LAM disease in patients recruited since the first study, compared with healthy controls or other lung diseases (COPD or Lung Cancer).

Aim 2: Identify and validate biomarkers that discriminate patients at different stages of the disease.

The progression of LAM is not well understood and cannot be predicted. There is a need to be able to identify patients at risk of sudden worsening.

We will measure the expression of the protein-miRNA panel identified in Aim 1 in samples taken from women with LAM collected over time (samples already in the biobank or newly collected) in order to determine if this profile can predict women who will have a more rapid rate of progression and therefore may need their treatment adjusted, or more close monitoring, from those who progress more slowly.